I have a number of my pictures here on my webpage but I also have many on my Yelp page.

You can find me on Yelp by searching  Mended Memories – Rathdrum, Idaho 83858.

If you click on a thumbnail picture below the full resolution and perspective will pop up. 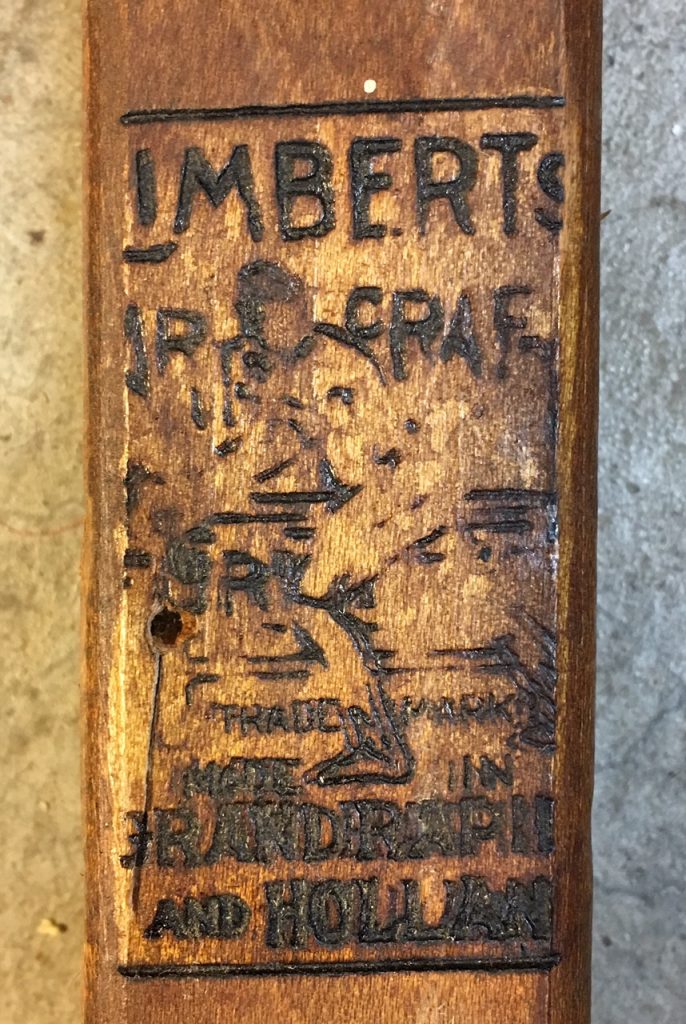 I am reupholstering this California Mission Chair. It was made by a furniture company by the name of Charles Limbert, this brand is burned in the underside of the chair. There is a wonderful article on this company at: arts-crafts.com 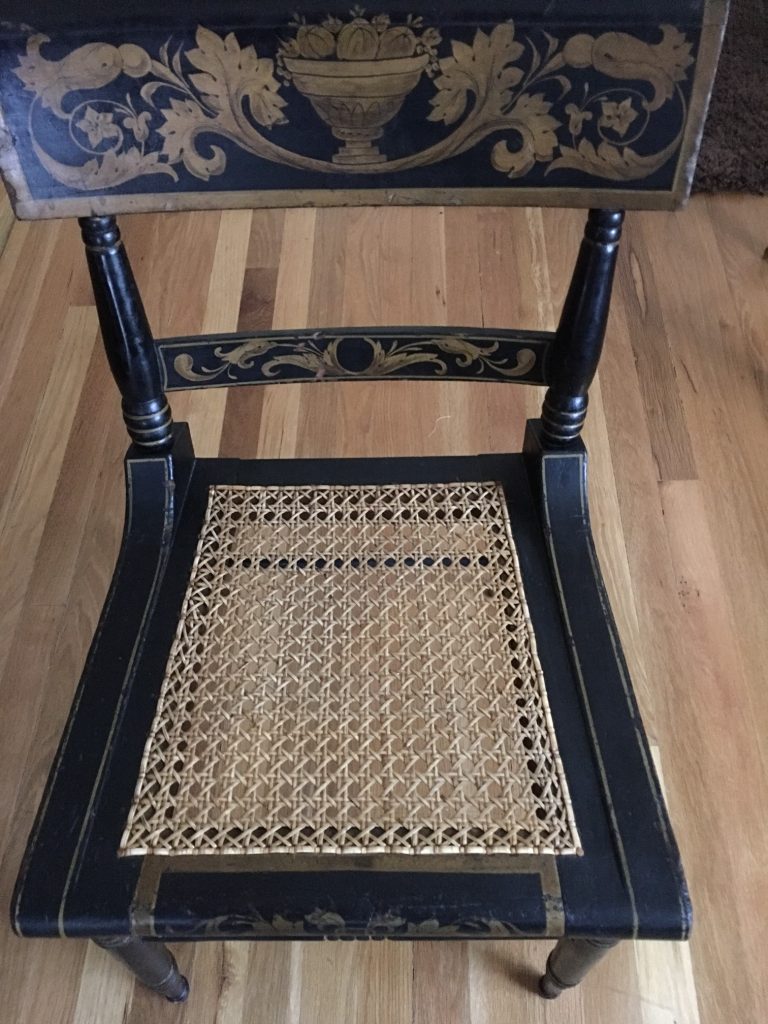 This little chair had a had written note on the bottom telling exactly the family line that it came from. My customer's great-great-grandfather, and the name of his farm, How very special!! 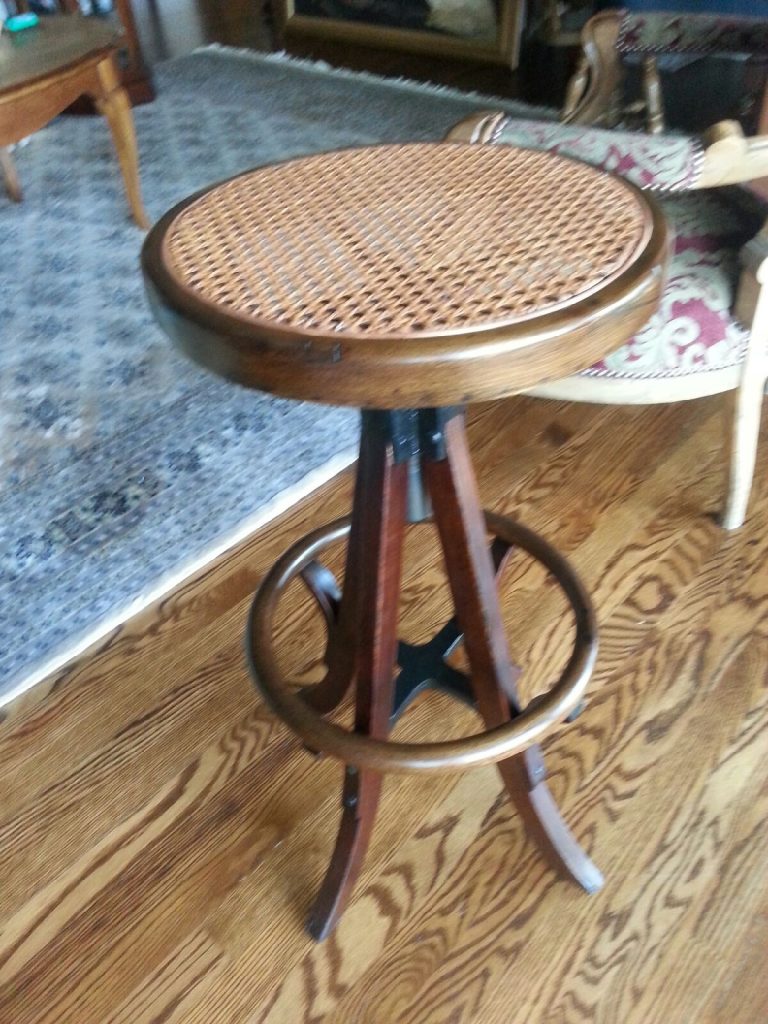 This is an early drafting stool that was re done for a customer in Gardena, CA 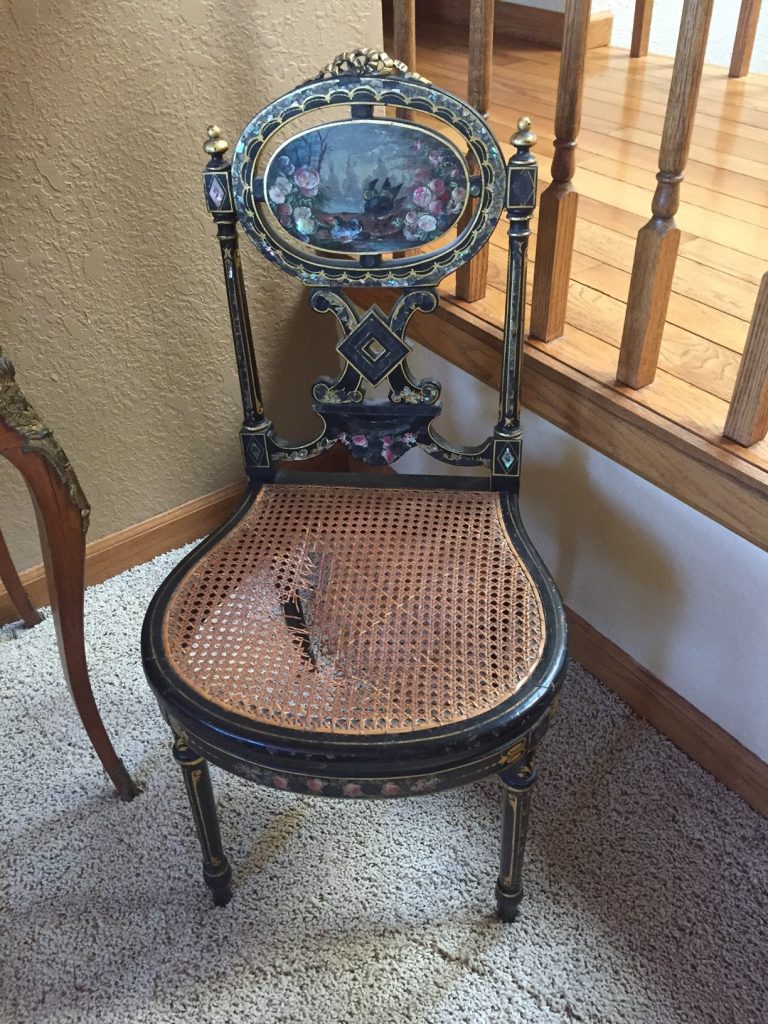 This is the next project coming up. 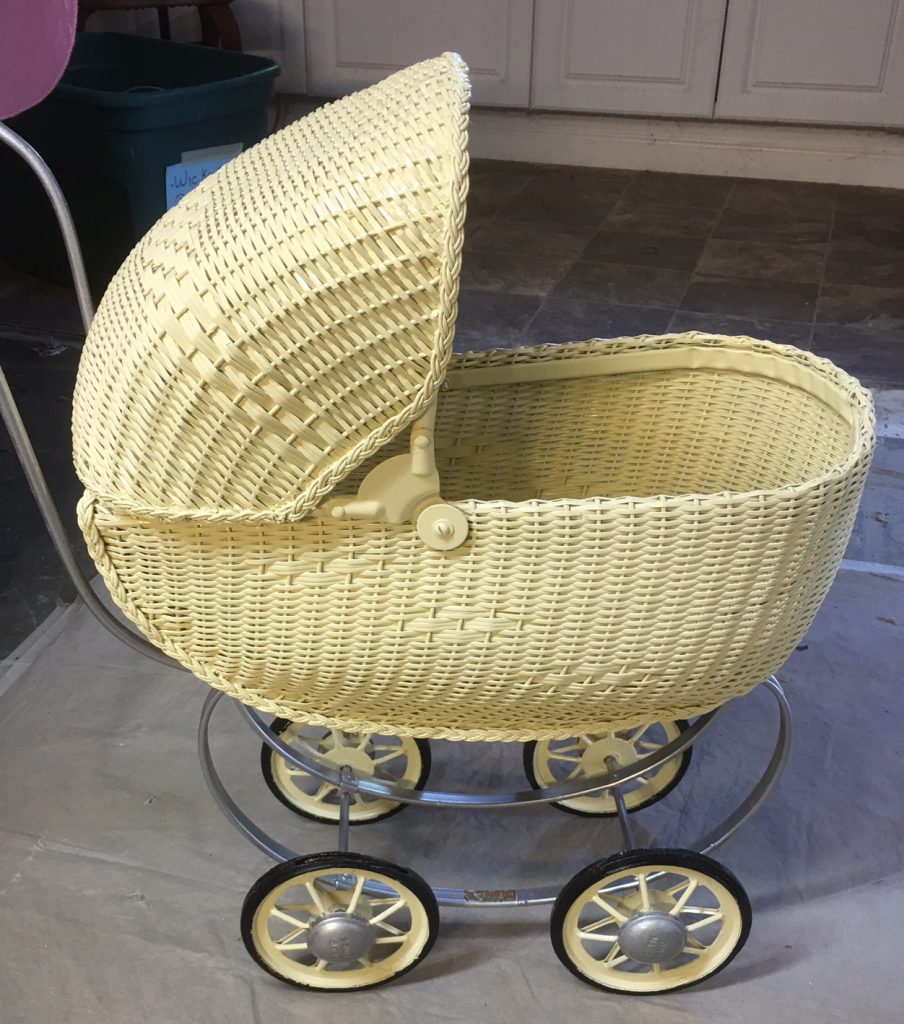 Anita's Doll Baby Buggy. She probably got it in about 1950. It has all been painted and ready for a new baby! 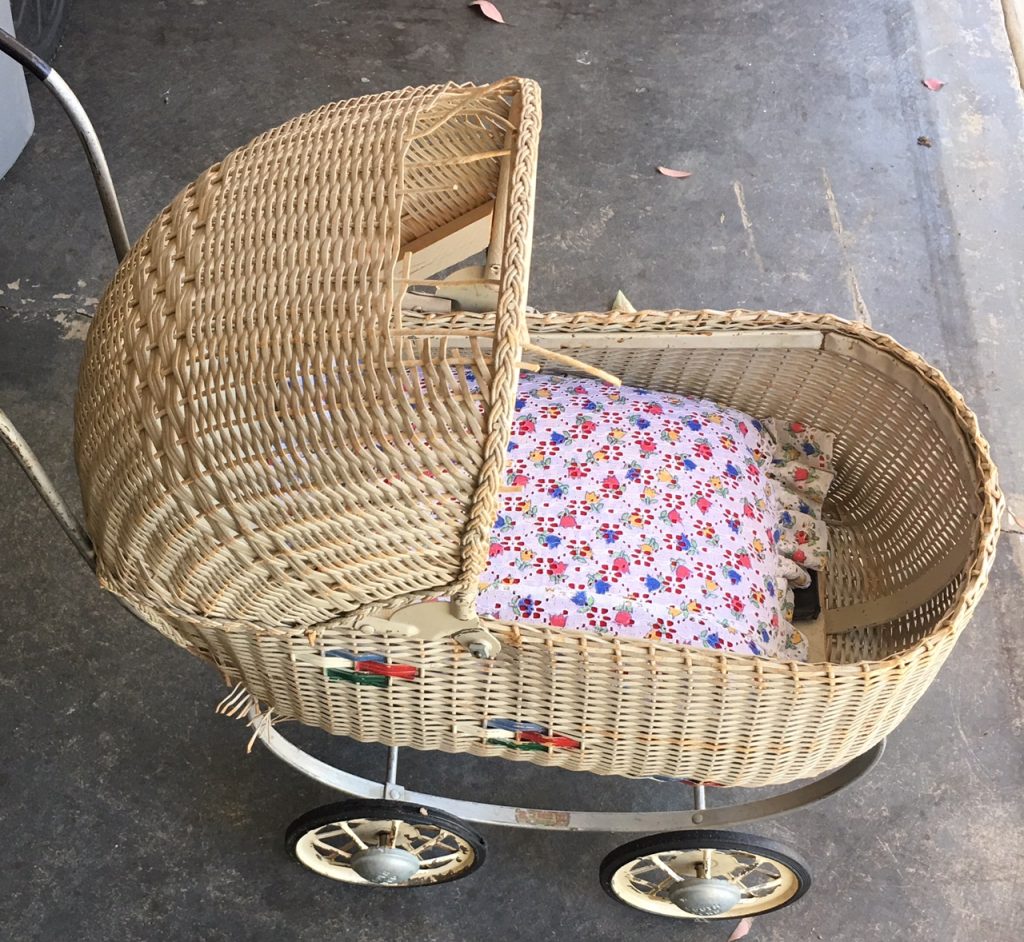 Wicker repair work was needed on the top and around the bottom of the buggy. 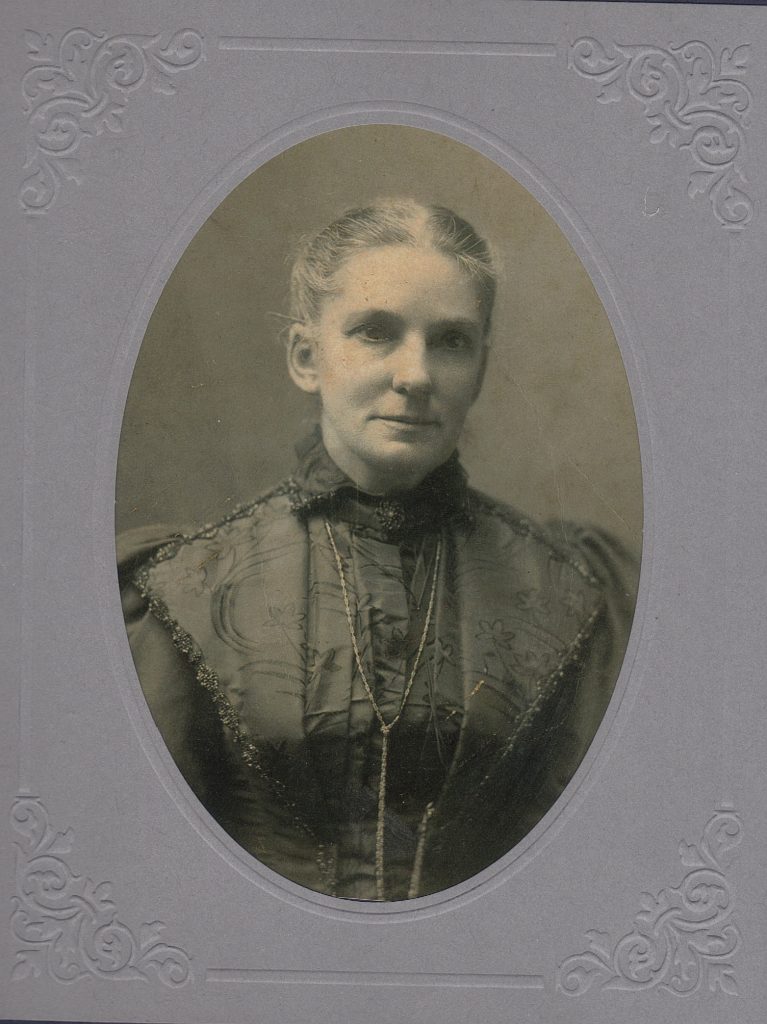 As far as we know this was probably the original owner of this beautiful chair. When she died in 1929, and left in the house of her daughter, who had 2 daughters one was Dorothy, seated in the chair next picture. 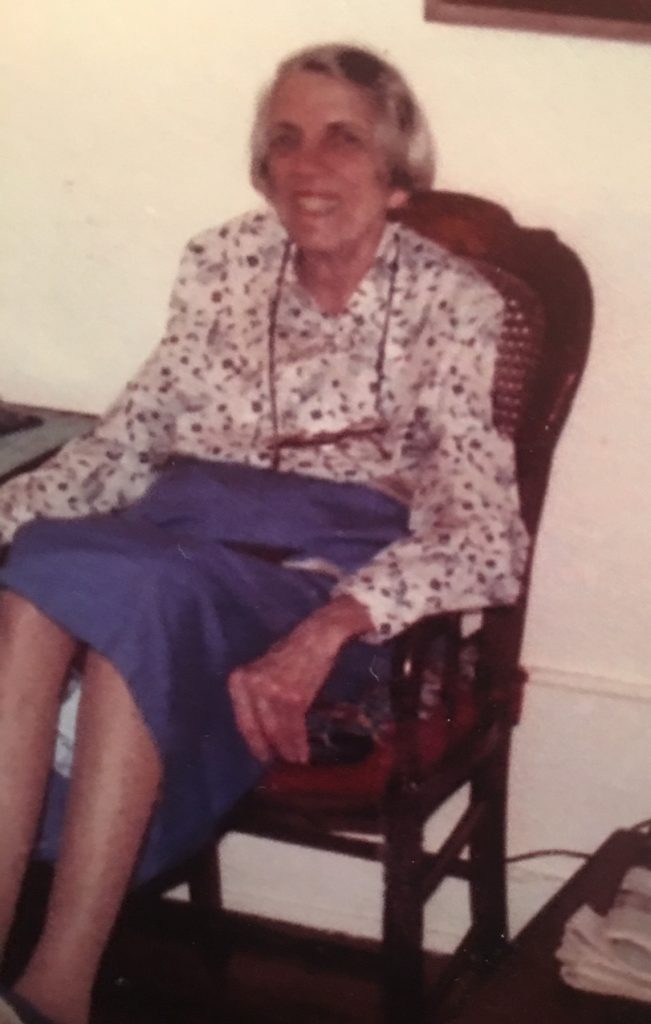 This is Aunt Dorothy about 1981 before going into assisted living. She willed the chair to her great-niece Dorothy and it was mailed from New Orleans out to California. 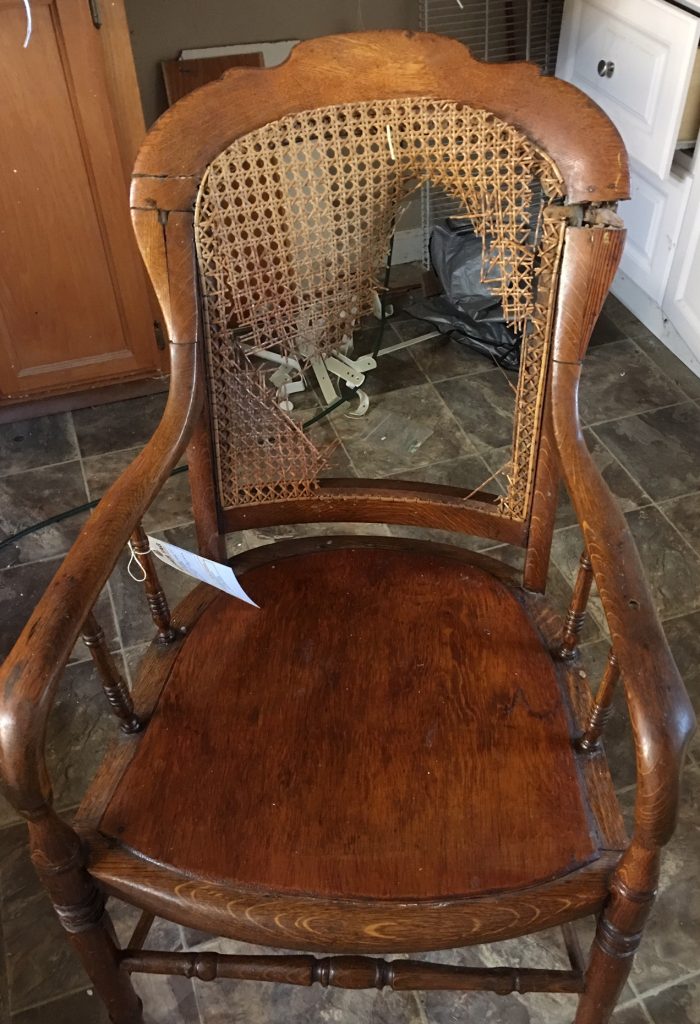 Lots of Repair Work Needed on this one

The only part holding the top of the chair on was the broken cane. There was a plywood seat that had a label on the bottom side showing it was repaired around 1930's. 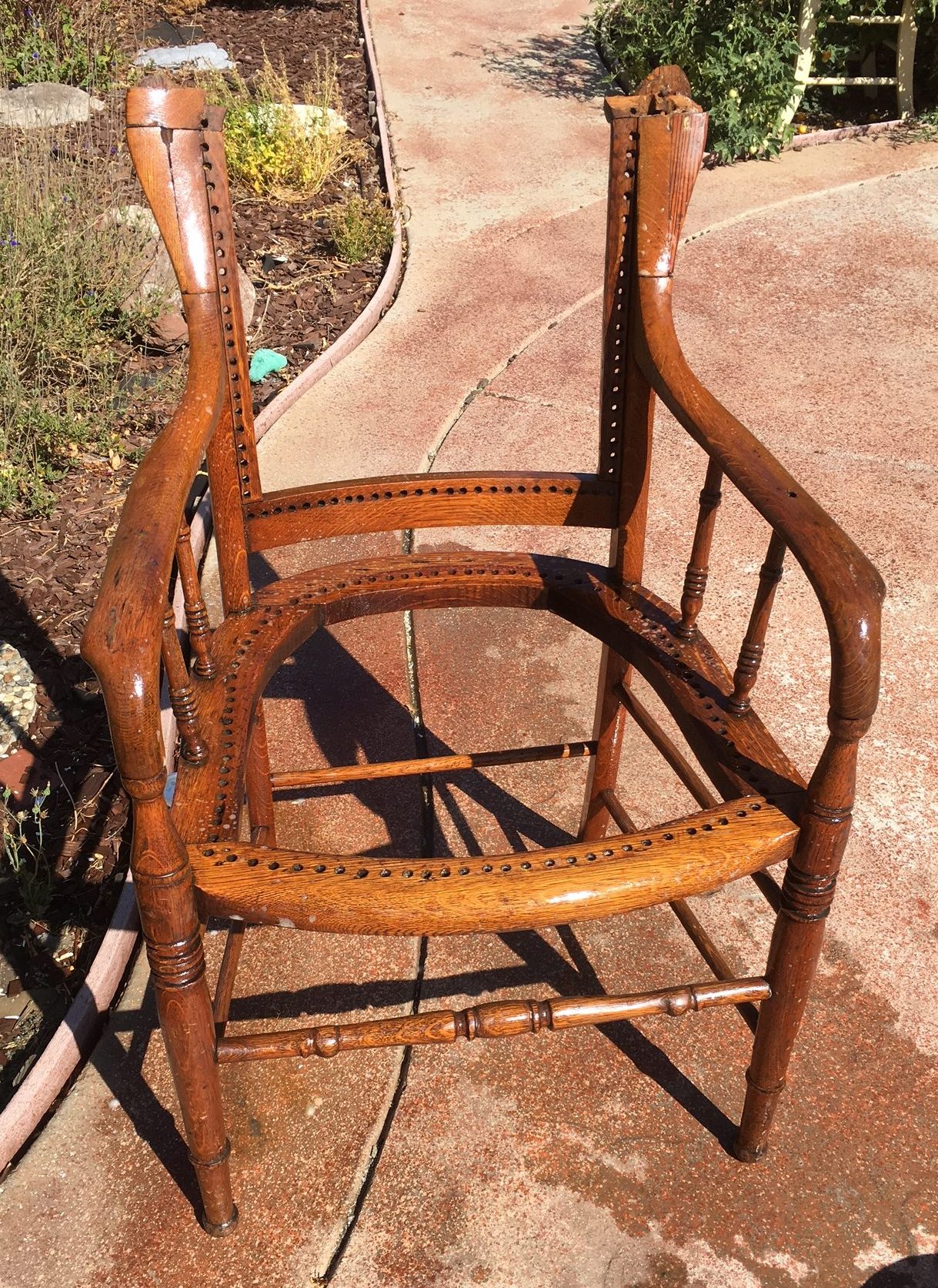 All the old cane is removed and it goes outside for Bathtime! 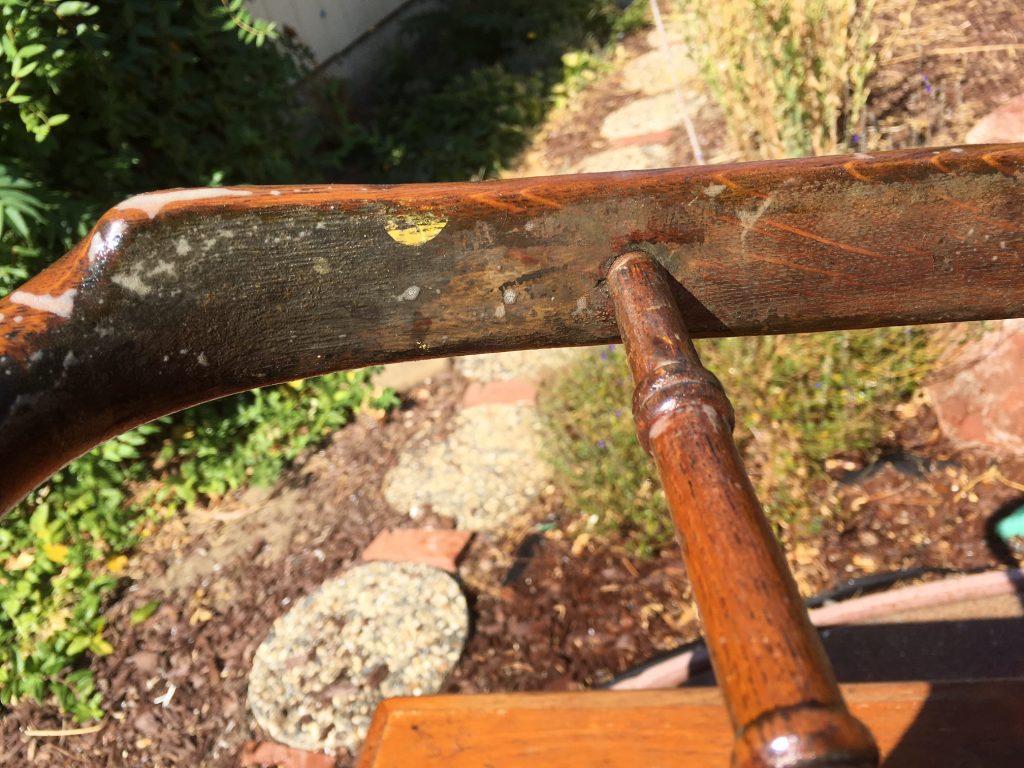 A few years of Grime

Many years of grime washed away. After that, chairs go into the garage for all the repairs. At one point, this chair had 11 clamps holding it together until the glue dried. 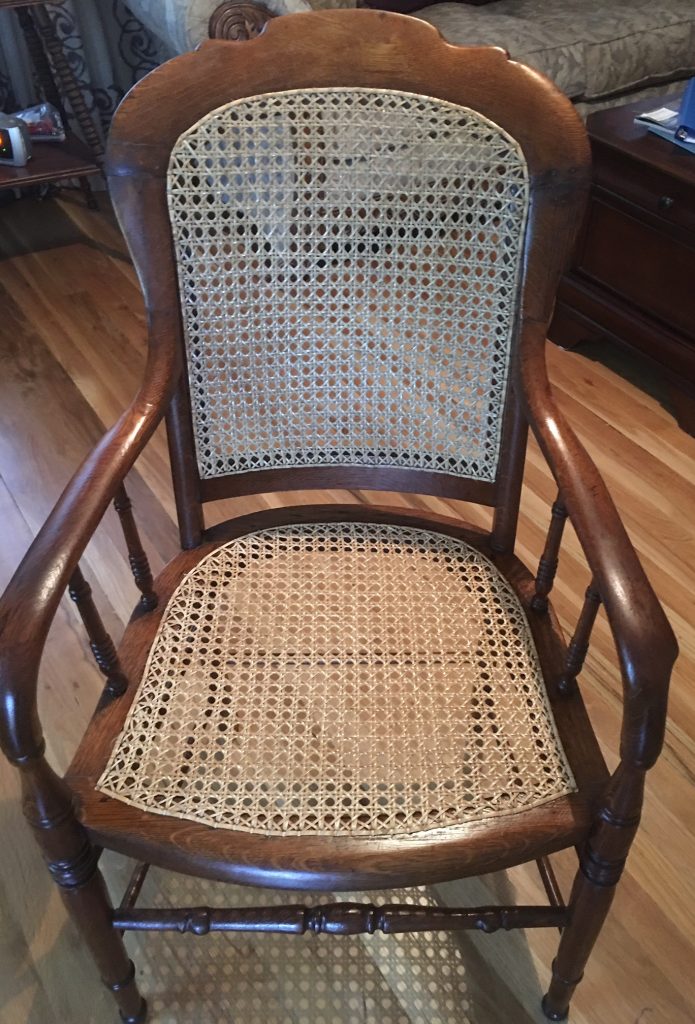 Here is a bit of history on this old chair that was shared by my client: My great grandparents were John Butler and Sarah Hooper Butler. They were married in 1866 and had 12 children. John Butler was a foreman for the old U.S. Mint in New Orleans before he bought property in Neptune, Plaquemine County, Louisiana. sometime between 1875 and 1880. He operated the Butler General store and Post Office in Neptune until he died in 1889. He did well financially working for the mint and that is probably when my great grandmother acquired the things that were passed down in the family such as silver, cut glass and this chair. Sarah Butler nursed children during the small pox epidemic in San Orleans and sang in the St. George Episcopal Church choir on St. Charles Ave. After her husbands death, she ran the store in Neptune, even selling to people in boats from her upstairs balcony during floods. In 1912 she moved into a small house in New Orleans, which is the picture of her in front of house. She died in 1929 when my mother was 21. This chair was in the house where my mother and Aunt Dorothy grew up when I was a little girl, and then later was moved to an assisting living apartment as one of her most cherished possessions. 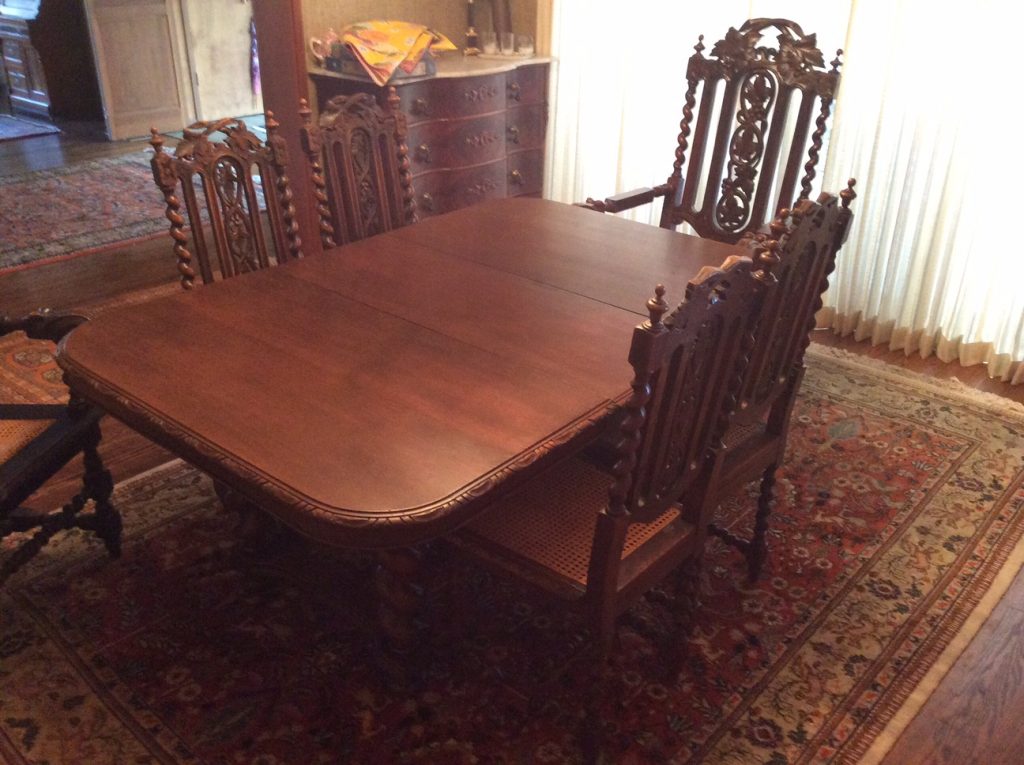 This set was bought by a neighbor of my friend James, in about 1950. Before that it was owned by a Sea Captain. 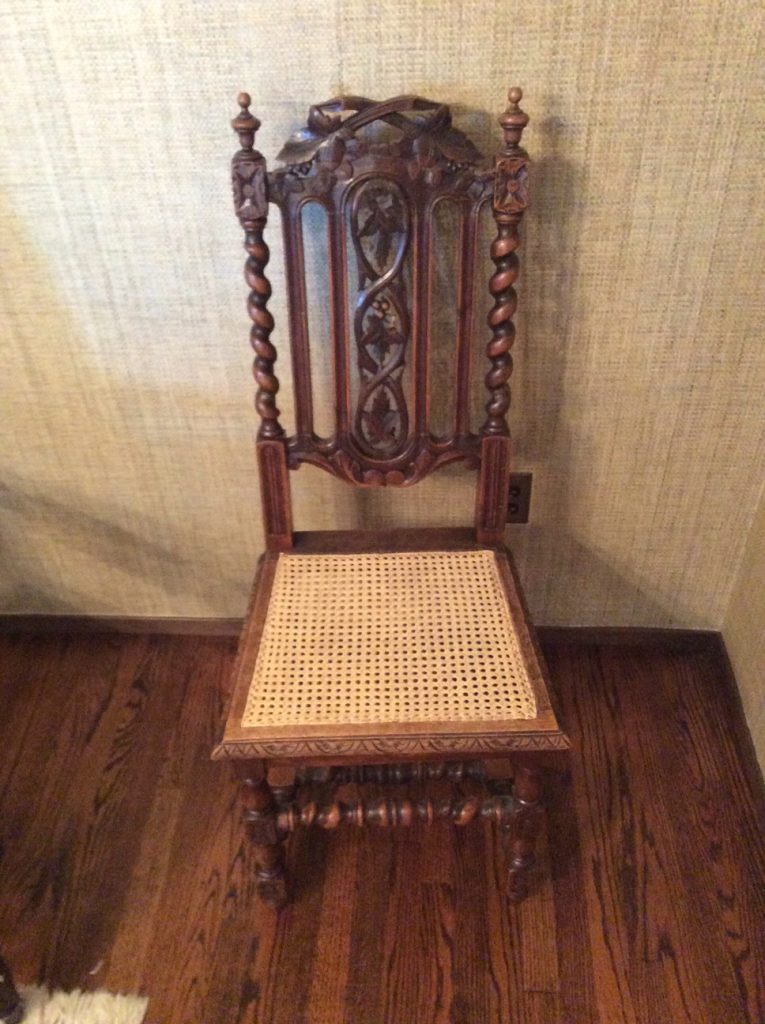 The bottom on this chair was broken and needed TLC! 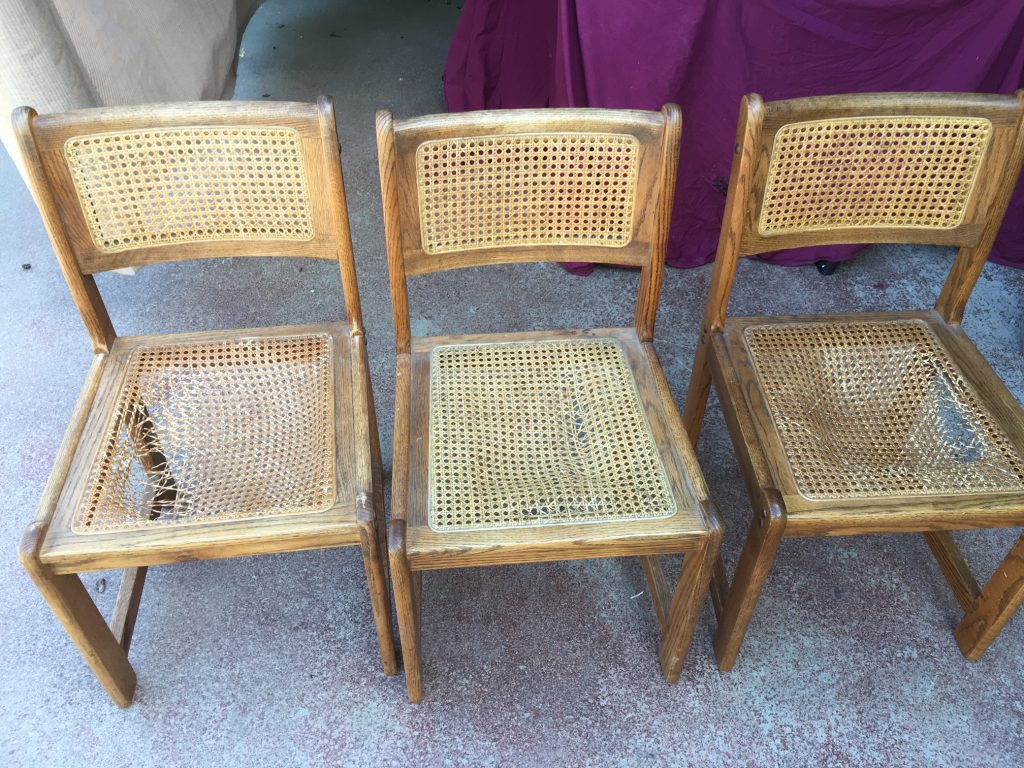 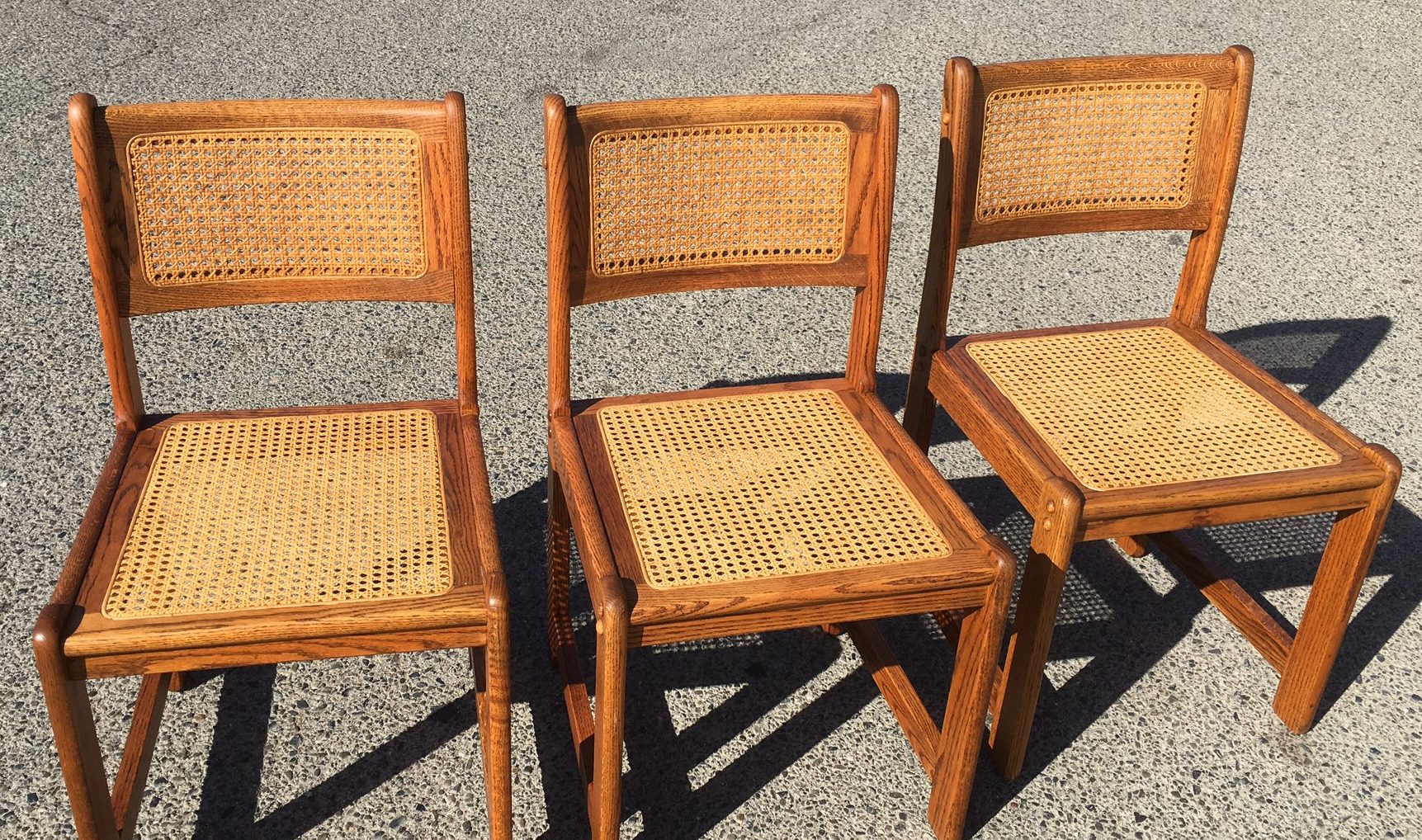 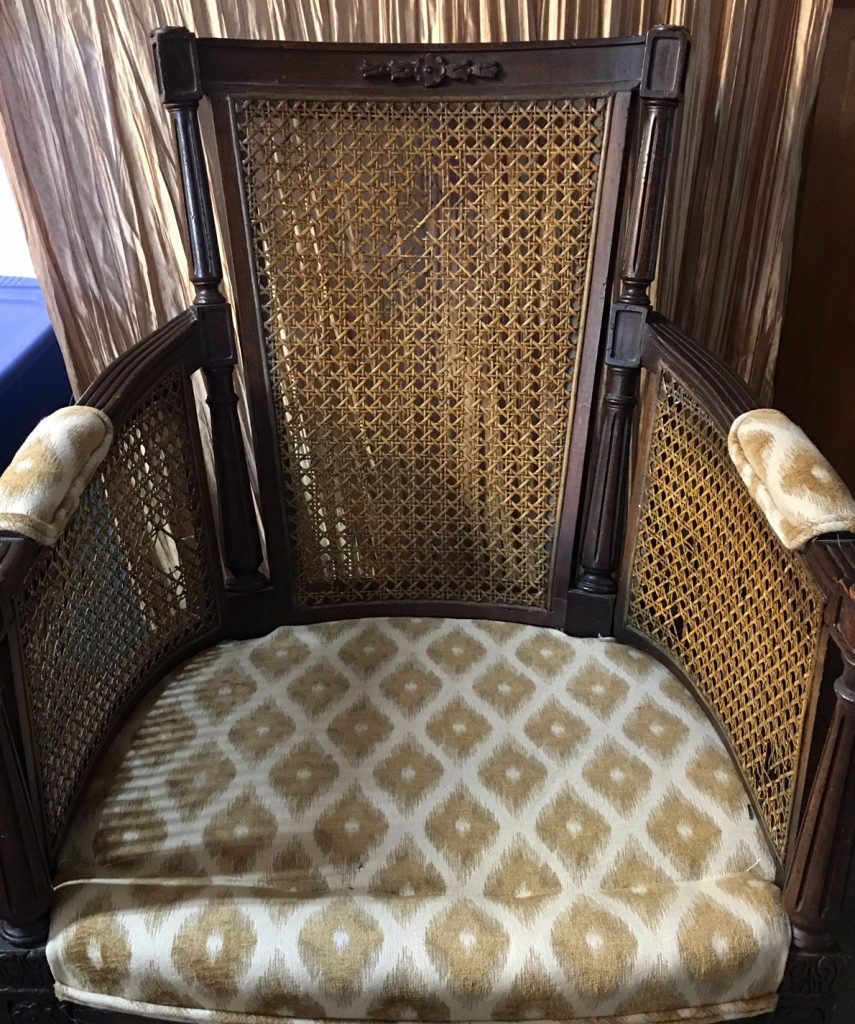 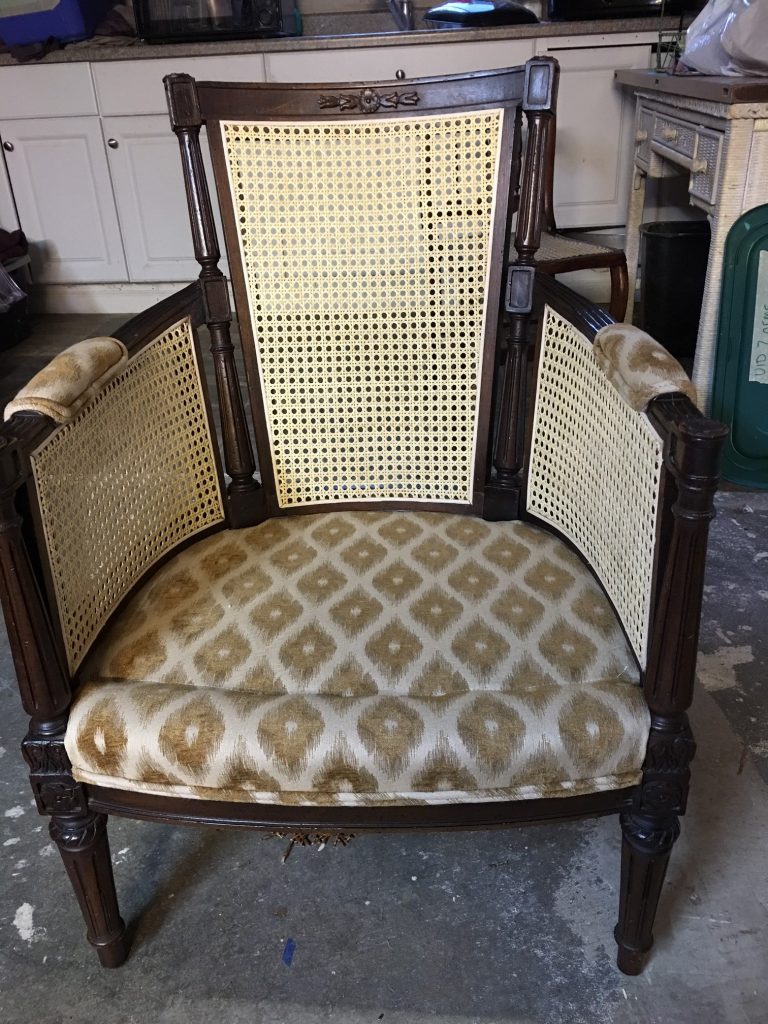 A couple drove up from Moraga to bring in this beauty. All 3 sections needed to be replaced. 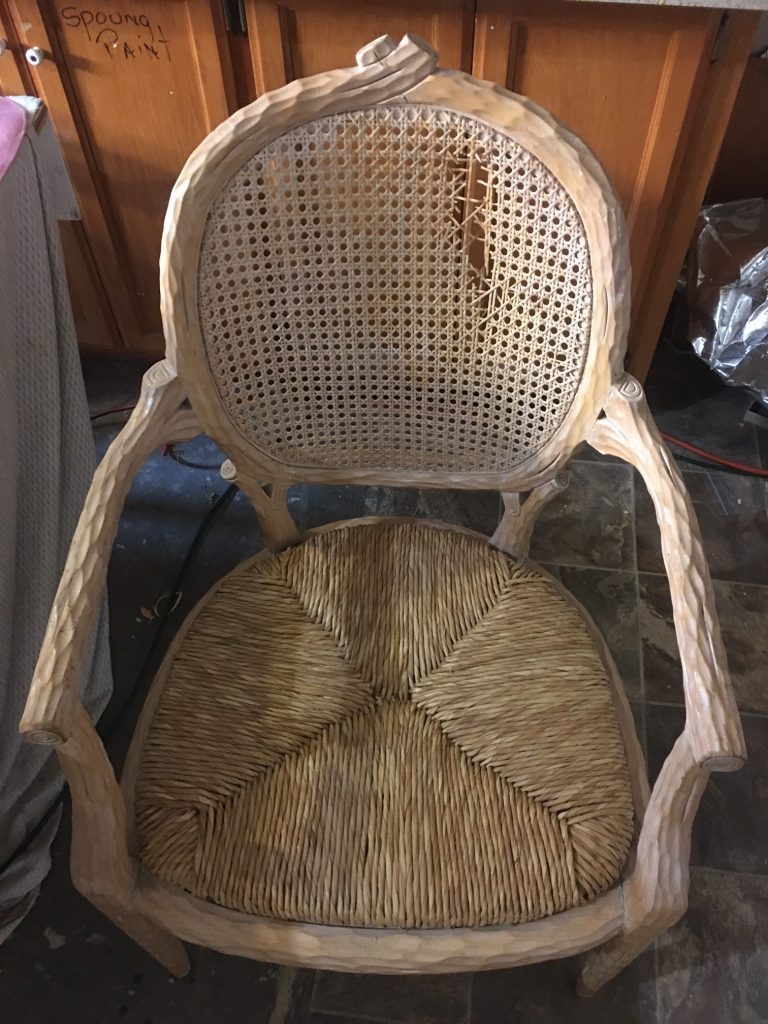 This chair came from Napa. 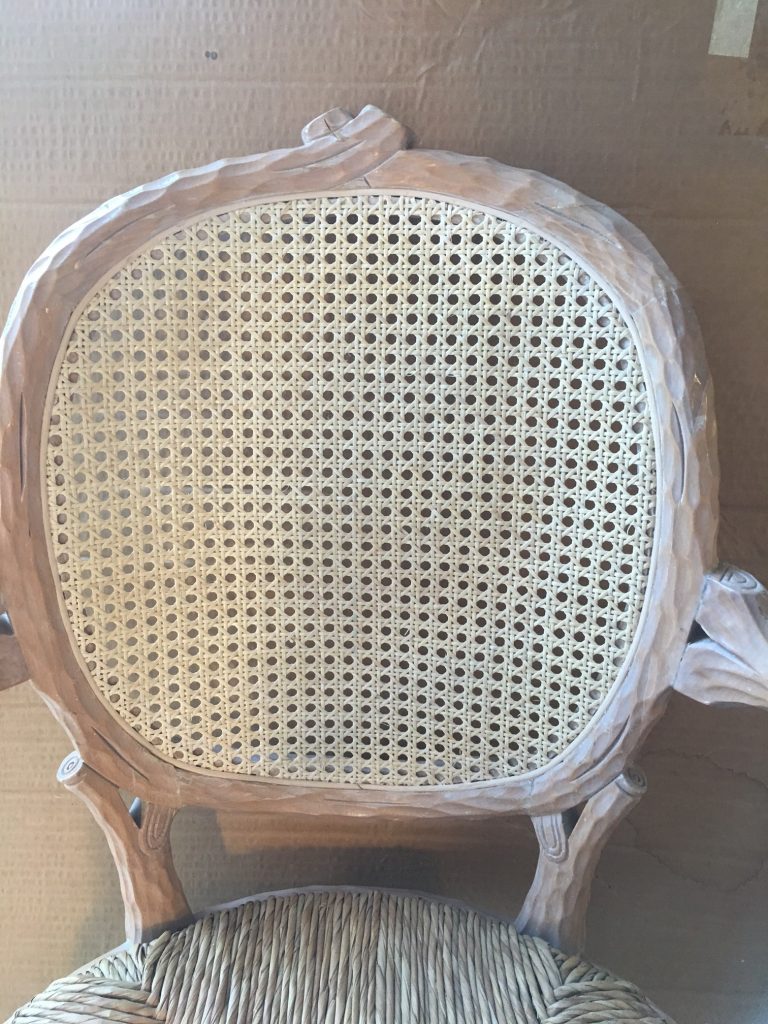 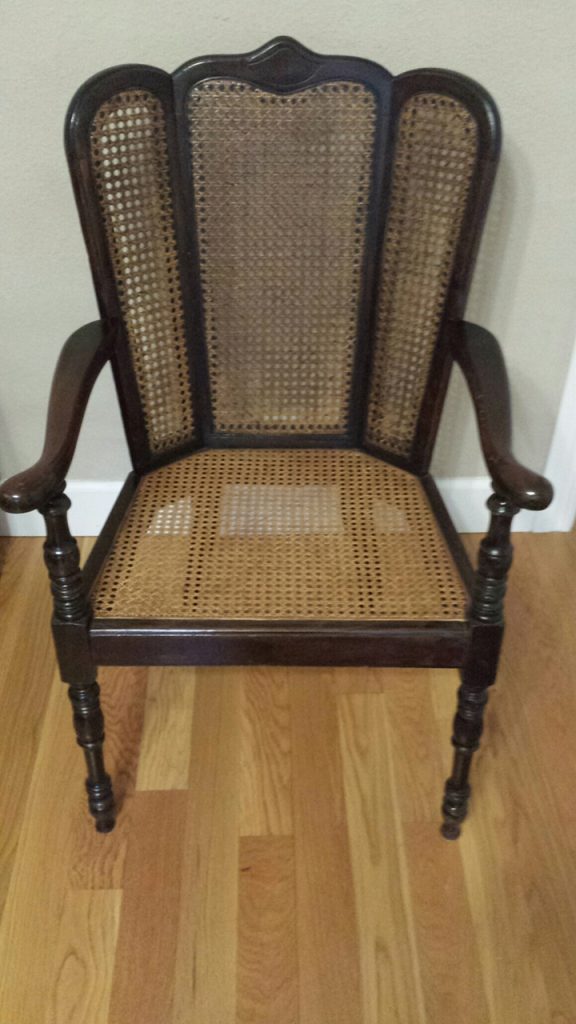 I the just the seat bottom on this one, but the back is very old and brittle. She will bring it back to repair the rest in a few months. 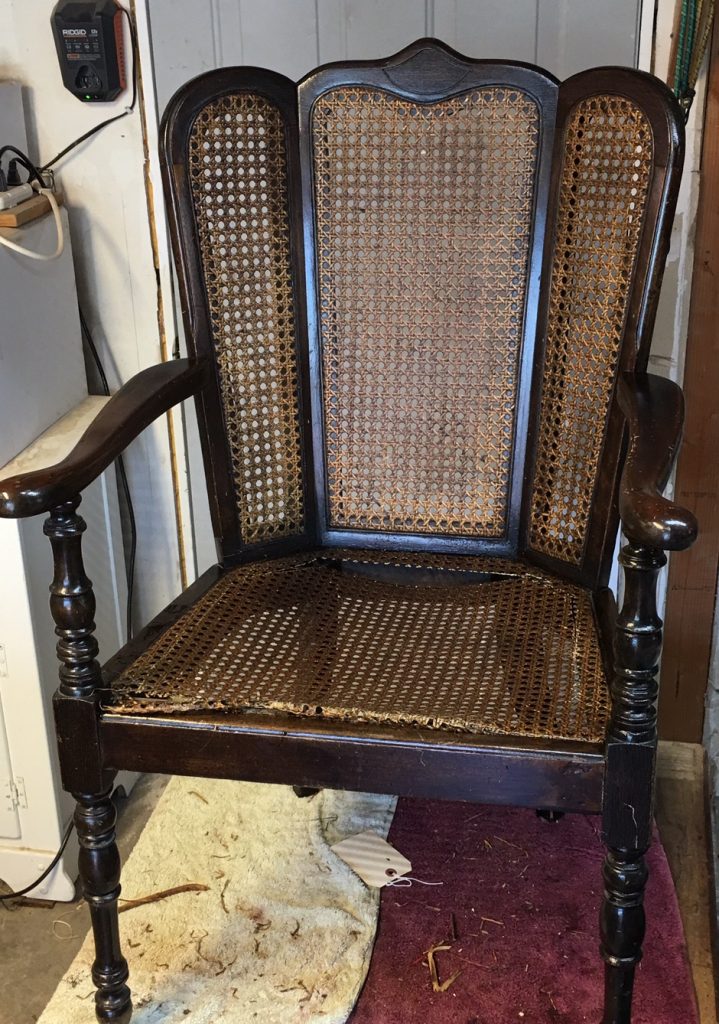 A lady from San Fransisco found my web-site and brought me this chair. The back was still in good shape, but the bottom needed to be replaced. 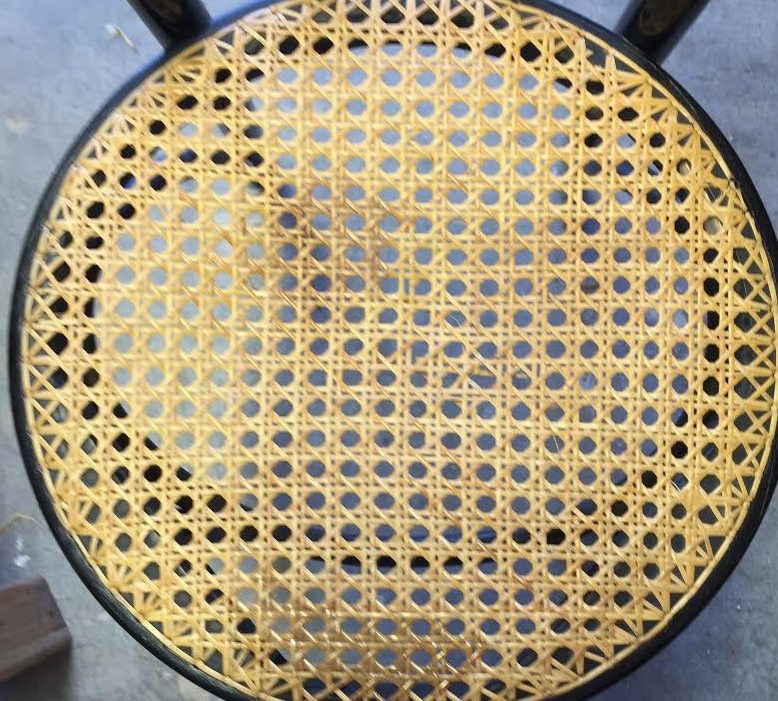 The shape doesn't matter so much as the care we take in making your renovation beautiful. 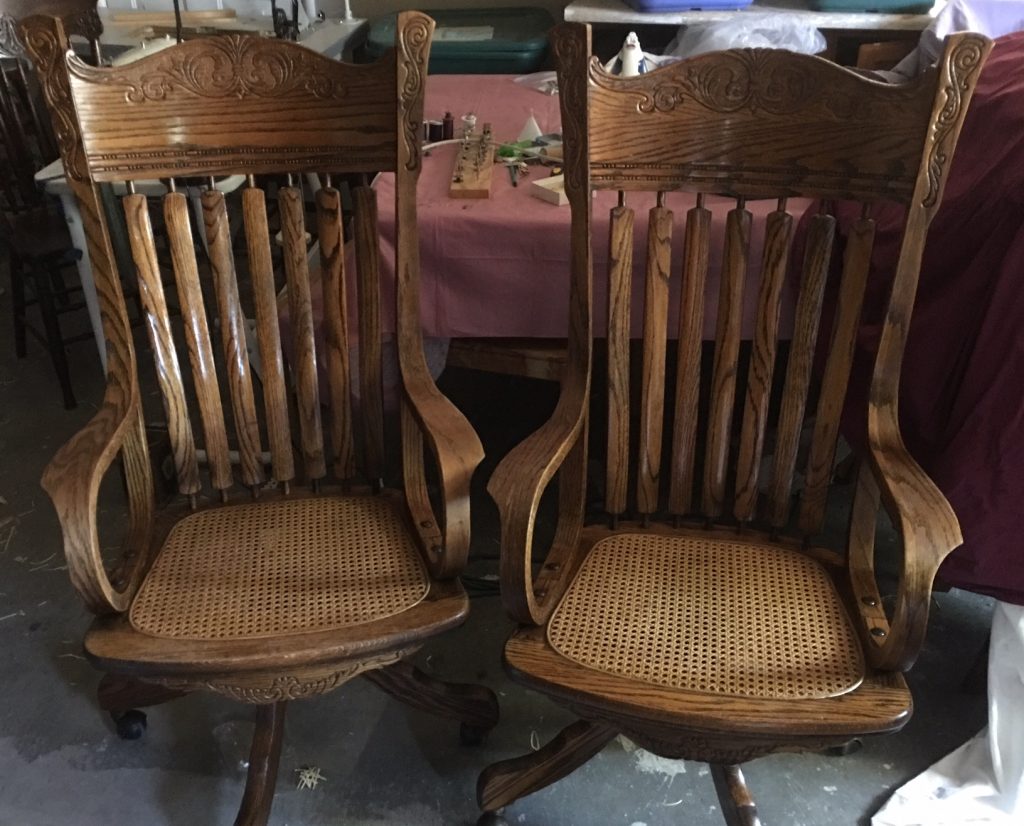 These are reproductions, but beautiful when they were finished. 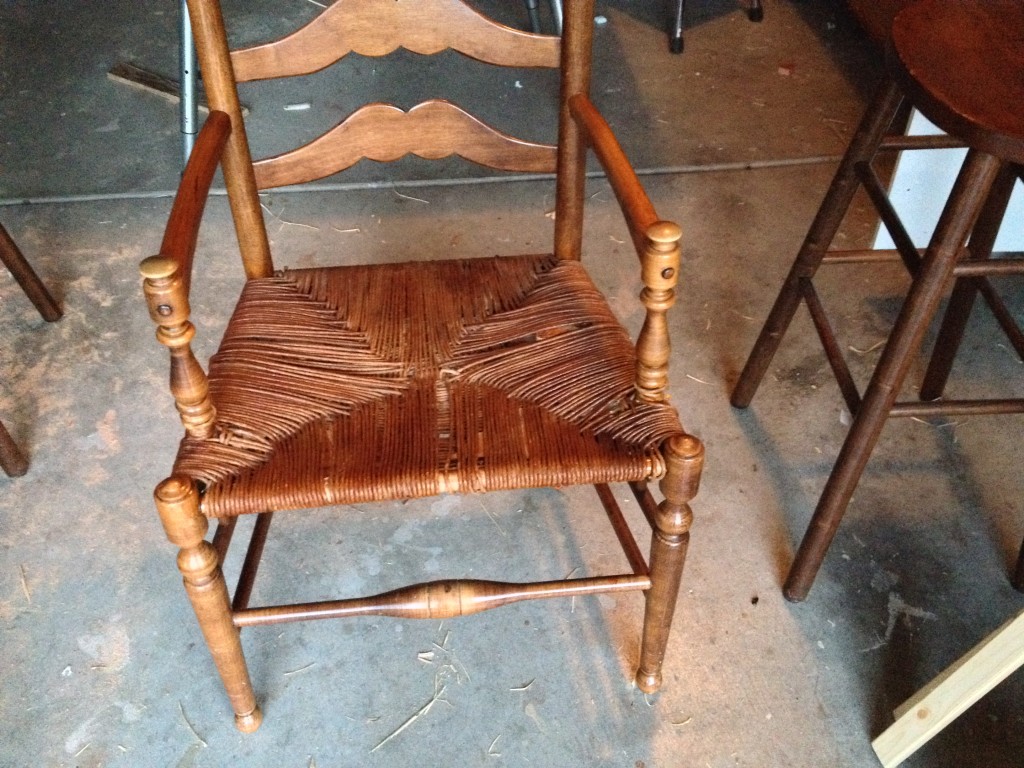 There are secrets to this art. Whoever tried to fix this chair didn't know them. 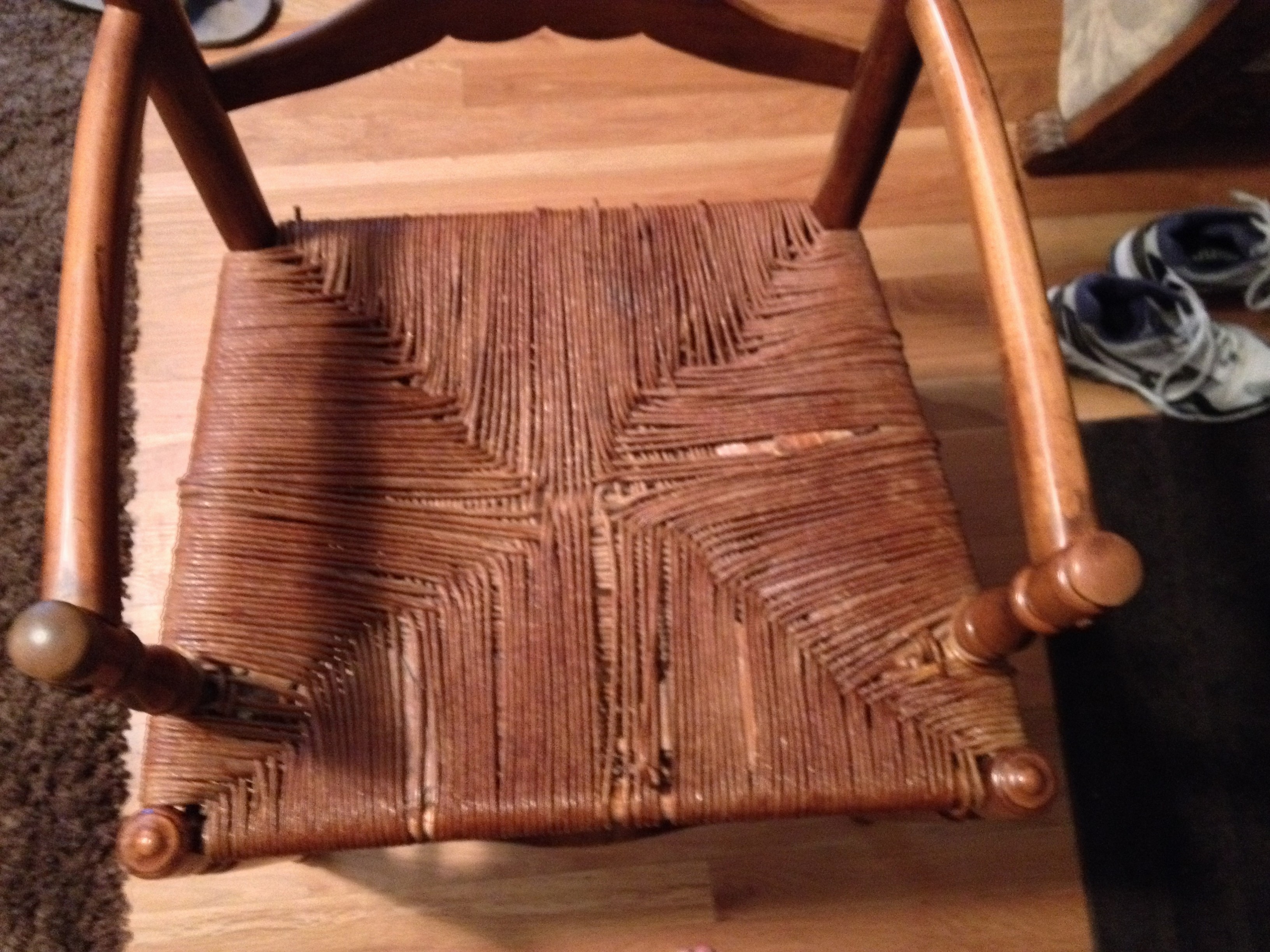 How NOT to do it.

Someone attempted to reweave this nice old rush cane chair. 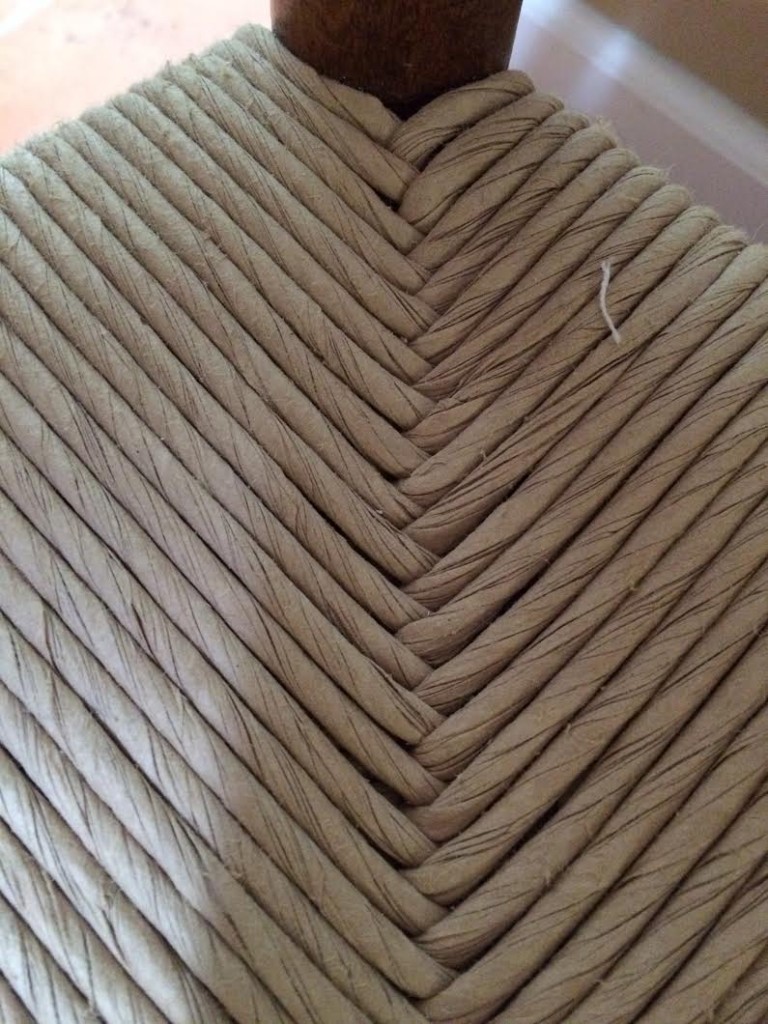 Here's how it's supposed to look! 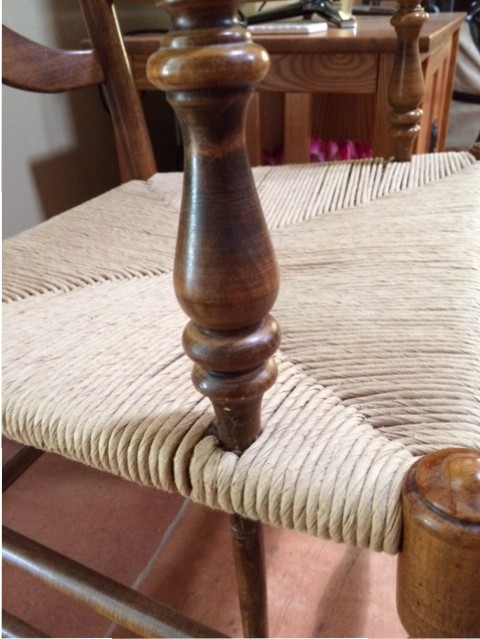 This IS the way to do it!

Tightly woven, even and straight. It takes strong hands. 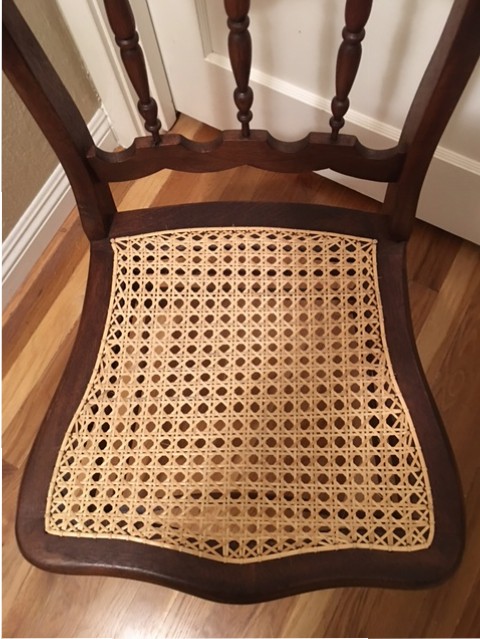 A closeup of the seat shows how even an odd shape can be repaired and brought back to life. 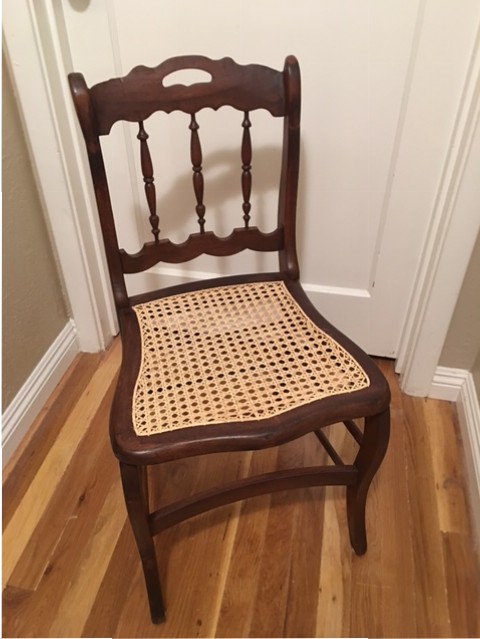 I completely renovated this beautiful old dining room chair. It came out pristine.